MEXICO CITY: 18 May 2017 — With new-vehicle sales in Mexico increasing at a rapid pace, buyers’ overall sales satisfaction declines as expectations during the purchase cycle present challenges to automotive manufacturers and dealers, according to the J.D. Power 2017 Mexico Sales Satisfaction Index Study,SM released today.

The overall sales satisfaction index drops to 860 from 864 (on a 1,000-point scale) in last year’s study. Overall sales satisfaction in the luxury segment is 869, while satisfaction in the mass market segment is 859. This comes on the heels of an all-time sales record in 2016 when 1.6 million retail units were sold, a 20% increase over 2015. While this sales success has increased the amount of foot traffic coming into car dealership showrooms, the largest index declines are in test drive (-20 points) and delivery (-7 points).

“We’re seeing a shift as car buyers are conducting more research online than ever before, and are coming into the dealership better informed,” said Gerardo Gomez, senior director and country manager at J.D. Power de Mexico. “Auto manufacturers and dealers need to pay special attention to their online storefronts as they continue to grow in importance for generating higher customer satisfaction. A majority of consumers rely on manufacturers’ and dealers’ websites for pricing information compared with third-party websites, a fact that manufacturers and dealers must capitalize on.”

The Mexico Sales Satisfaction Index Study, now in its fourth year, is a comprehensive analysis of the new-vehicle purchase and delivery experience, and examines customer satisfaction with the selling dealer across five measures (listed in order of importance): working out the deal (26%); vehicle delivery (21%); salesperson (19%); facility (19%); and test drive (16%).

The study is based on the evaluations of 2,768 new-vehicle owners in Mexico after 1-7 months of ownership. The study was fielded from January-April 2017.

J.D. Power is a global leader in consumer insights, advisory services and data and analytics. These capabilities enable J.D. Power to help its clients drive customer satisfaction, growth and profitability. Established in 1968, J.D. Power is headquartered in Costa Mesa, Calif., and has offices serving North/South America, Asia Pacific and Europe. 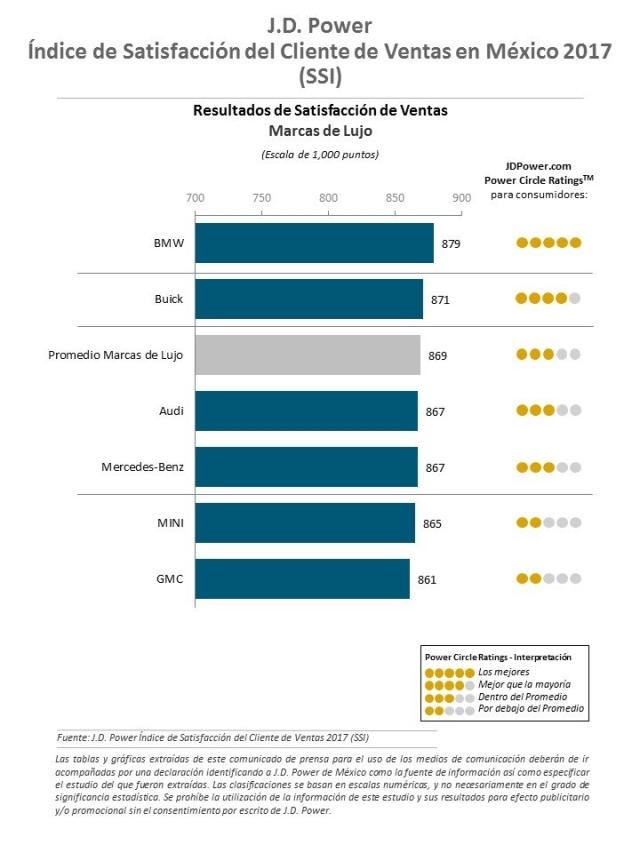 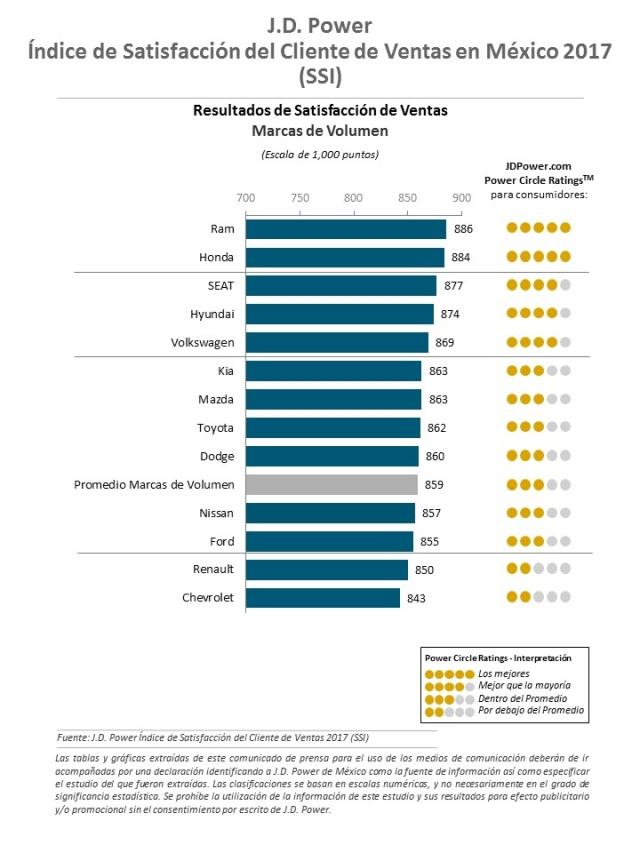 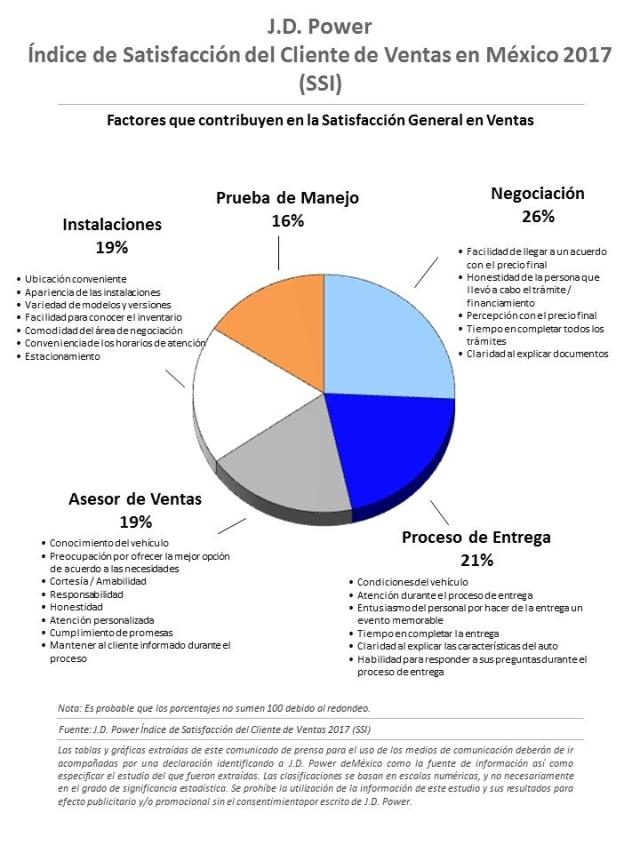