MEXICO CITY: 21 May 2015 — As the new-vehicle market in Mexico heats up, so does the competition among the automakers as they build their brand reputation and customer loyalty to boost sales, according to the J.D. Power 2015 Mexico Sales Satisfaction Index (SSI) StudySM released today.

The study, now in its second year, is a comprehensive analysis of the new-vehicle purchase and delivery experience and examines customer satisfaction with the selling dealer across five measures (listed in order of importance): working out the deal (33%); delivery process (27%); salesperson (22%); dealership facility (11%); and test drive (7%). Overall satisfaction is calculated on a 1,000-point scale.

New-vehicle sales in Mexico increased by 6.8 percent in 2014 and are expected to grow another 10.8 percent to 1.25 million in 2015. Sales in the first quarter of 2015 increased 22.9 percent compared to the same period in 2014. As the market grows, so does the level of competition, especially with the addition of new brands in 2014 and others coming soon.

Study findings show that new-vehicle buyers in Mexico select their vehicle based on previous experience with the brand and the brand’s reputation much more than on a low purchase price.

“Automakers are benefitting from cultivating their brand through ownership of their vehicles and through marketing to increase brand recognition,” said Gerardo Gomez, director and country manager at J.D. Power de México. “While automakers are trying to differentiate themselves with free service contracts and longer warranties, buyers are going with the brands they know and trust. Customer relationships and engagement will drive the future business at the dealership.”

Among buyers of non-premium vehicles, which account for 96 percent of all new-vehicle sales in Mexico, 31 percent select their vehicle based on their previous experience with the brand and 29 percent based on the brand’s “good reputation/reliability.” Less than one-fifth (17%) of buyers cite “low purchase price” and “vehicle safety” as primary purchase reasons.

In the premium vehicle segment, “good reputation/reliability of the brand” and “attractive design/styling” are each cited by 41 percent of buyers as their primary reason for selecting their vehicle. Only 6 percent of premium buyers say that a “low purchase price” factored into their purchase decision.

The 2015 Mexico Sales Satisfaction Index Study is based on the evaluations of 3,148 new-vehicle owners in Mexico after one to seven months of ownership. The study was fielded December 2014 through April 2015. 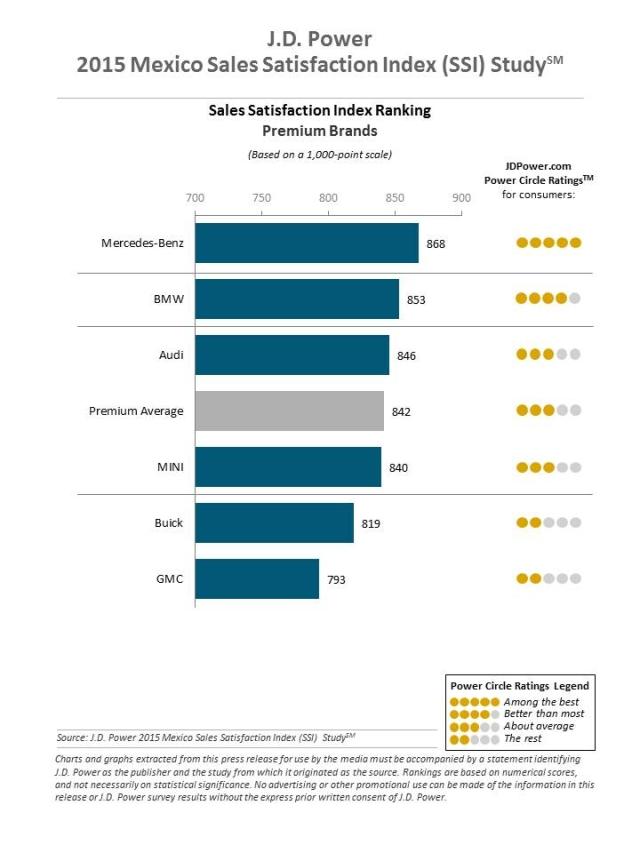 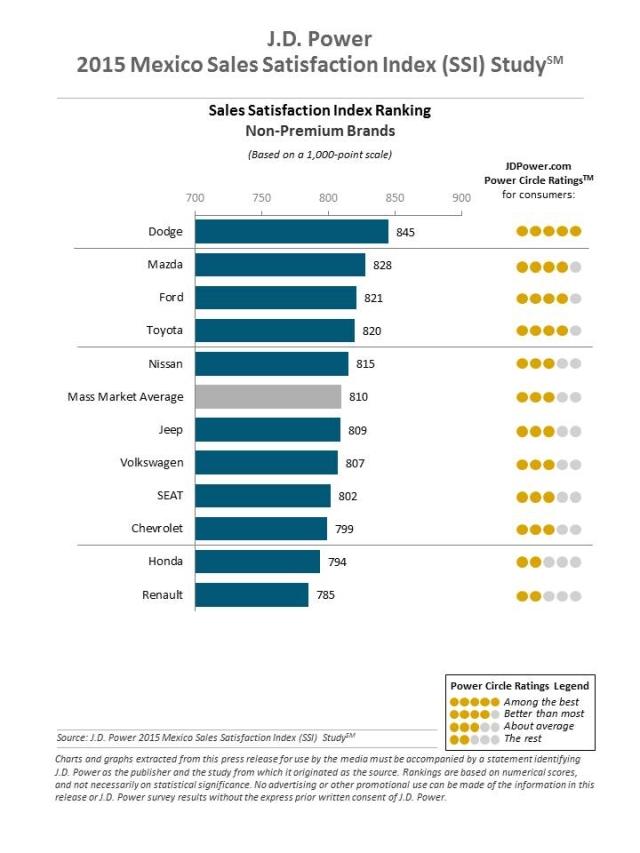 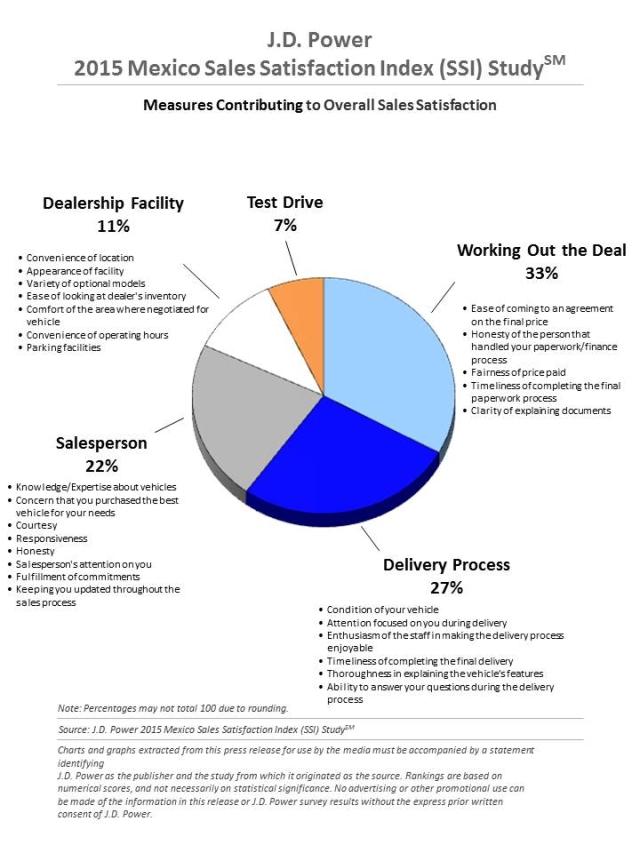