MEXICO CITY and DETROIT: 20 May 2016 — New-vehicle retail sales in Mexico continue to grow, creating both opportunities and challenges for auto manufacturers and dealers, according to the J.D. Power 2016 Mexico Sales Satisfaction Index (SSI) Study,SM released today.

A combination of factors, including lower unemployment, rising wages and credit availability, are contributing to growing new-vehicle retail sales in Mexico, which increased by 20% to 1.34 million units in 2015 from 2014, and are expected to grow another 18% over the next five years.[1] While the sales boom is helping automakers and dealerships, some are also struggling to fulfill market demand by maintaining an inventory of vehicles and keeping up with the flood of traffic in their showroom.

“Sales in Mexico are increasing and the automakers and dealerships that are best positioned to take advantage of this trend will focus on vehicle inventory and sales training” said Gerardo Gomez, director and country manager at J.D. Power de México. “As we are learning across the globe, understanding customer needs and creating a pleasing experience for the customer not only helps increase sales, but it also builds loyalty and advocacy for the dealership and the brand.”

Dealer Inventory Plays a Critical Role: The most common reason owners of both luxury and mass market vehicles say they selected the dealer from which they purchased their new vehicle is because it had the exact vehicle they wanted. Conversely, 26% of owners indicate they rejected a dealer because it didn’t have the exact model they wanted in stock.

Vehicle Design, Reputation and Quality More Important Than Price: The top three main reasons owners say they selected the vehicle they purchased are “attractive design & styling,” “good vehicle quality” and “good reputation/reliability of the brand,” collectively cited by 60% of owners of luxury vehicles and 39% of owners of mass market vehicles. Only 7% of mass market vehicle owners and 1% of luxury vehicle owners cite “low purchase price” as the main reason for their selection.

In addition, Gomez noted that with more than half of consumers in Mexico using the Internet during the vehicle shopping experience—51% of owners shopped online in 2016—most have a good indication of which vehicles fit into their budget before they visit a showroom. “That allows them to focus on aspects other than price to help find the vehicle that’s right for them,” said Gomez.

The study, now in its third year, is a comprehensive analysis of the new-vehicle purchase and delivery experience and examines customer satisfaction with the selling dealer across five measures (listed in order of importance): working out the deal (26%); delivery process (21%); salesperson (19%); dealership facility (19%); and test drive (16%). Overall satisfaction is calculated on a 1,000-point scale.

Mercedes-Benz ranks highest among luxury brands for a second consecutive year, with a score of 914. BMW ranks second (900) and Audi third (896).

Ram ranks highest among mass market brands, with a score of 878. Hyundai and Jeep rank second in a tie at 877.

The 2016 Mexico Sales Satisfaction Index Study is based on the evaluations of 3,382 new-vehicle owners in Mexico after one to seven months of ownership. The study was fielded from January 2016 through March 2016. 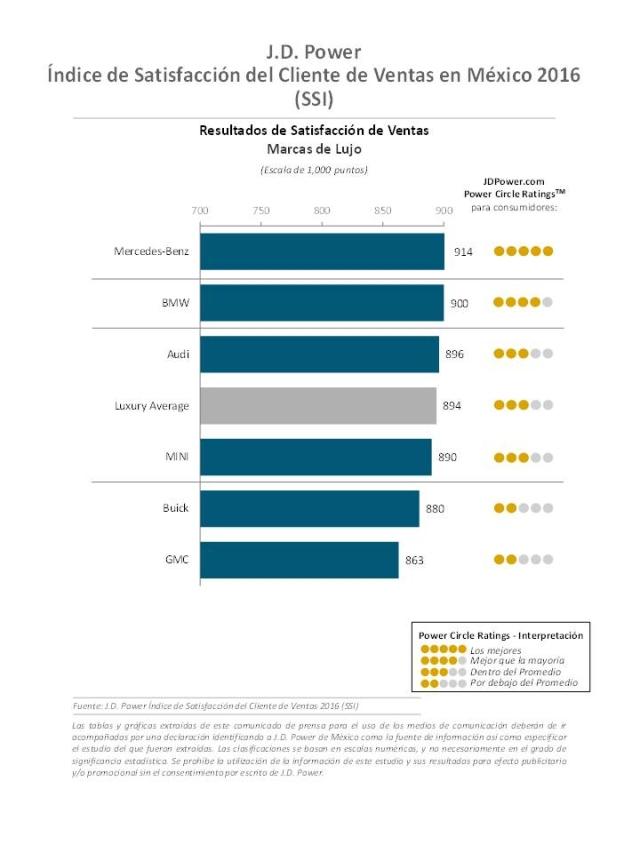 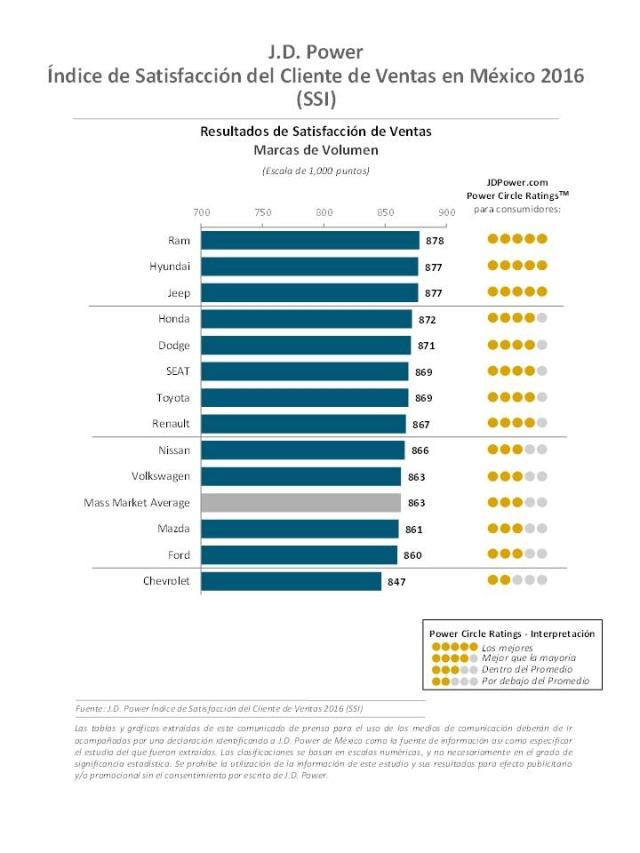 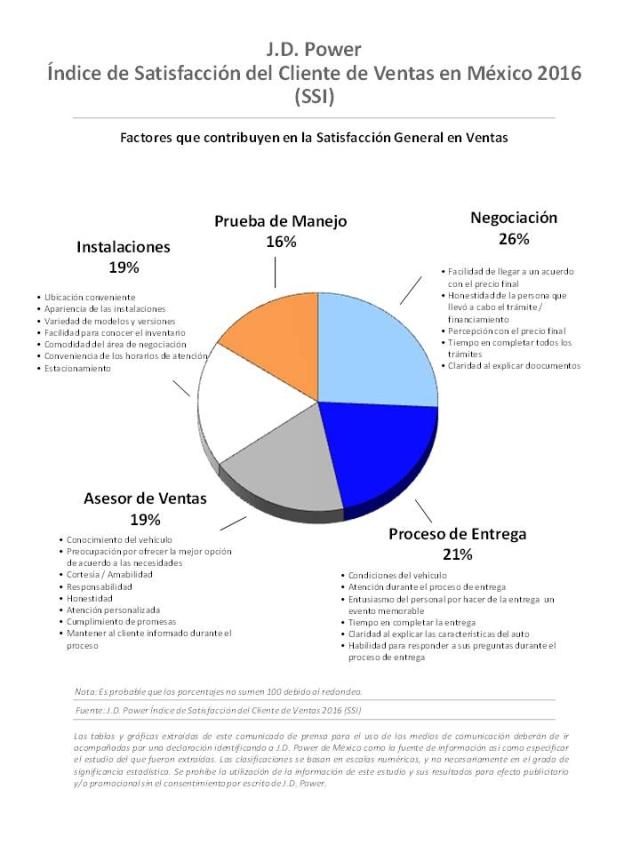