Net Promoter Score® (NPS)  measures customers’ likelihood to recommend both their vehicle make and model on a 0-10 scale. Customers are segmented into three groups: detractor (0-6), passive (7-8) or promoter (9-10). NPS is calculated by subtracting the percentage of detractors from the percentage of promoters. NPS decreases by 14 points overall within the Mexico market when the owner experiences two or more problems compared with the owners that don’t indicate any problems. Promoters are 61% more likely to repurchase the same brand than detractors.

Mazda ranks highest in APEAL among mass market brands, with a score of 892. Honda (877) ranks second and Toyota (876) ranks third. 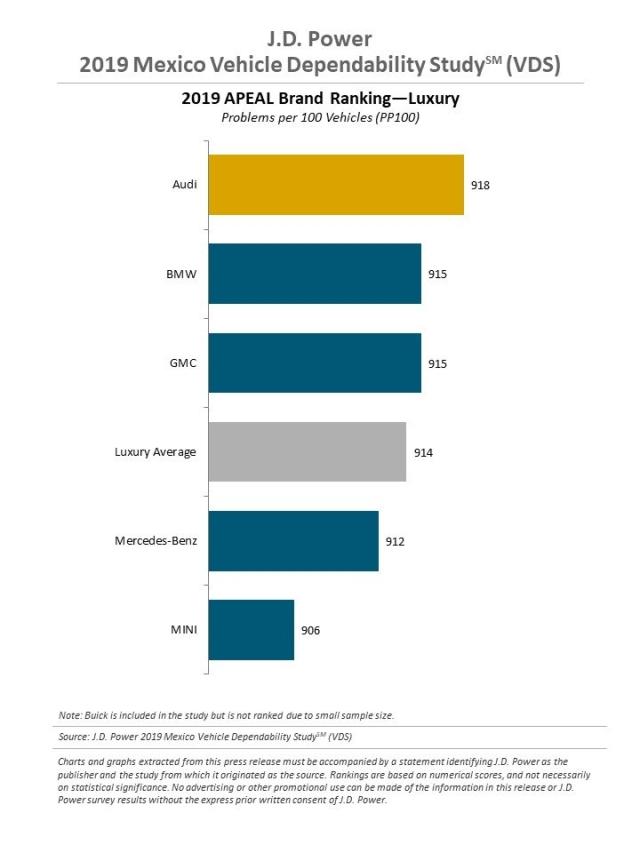 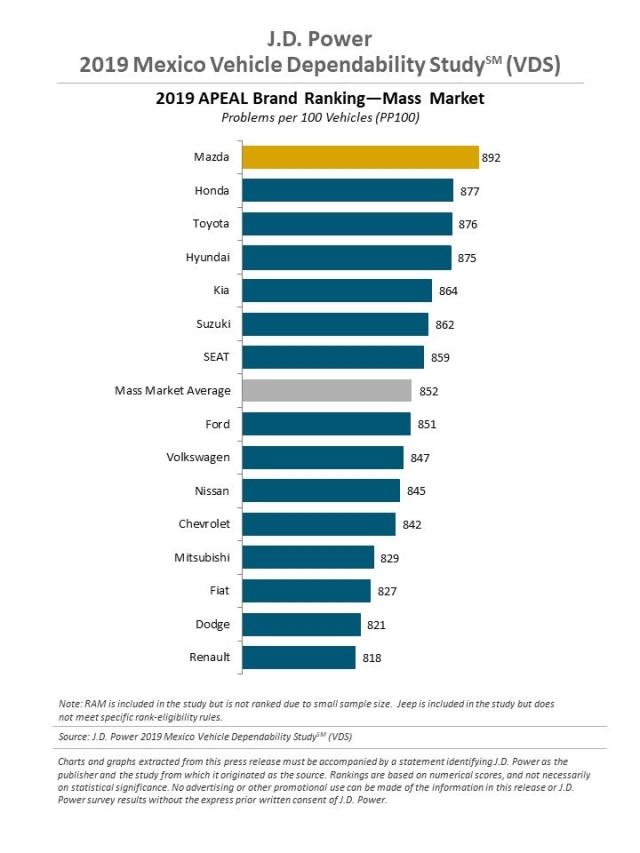