For Dealership Service Satisfaction, Free Wi-Fi and Internet are Critical but Hard-To-Find Amenities

MEXICO CITY: 23 Sept. 2016 — Digital amenities, such as Wi-Fi accessibility, computers with internet access and digital tablets/video games, are yet to be commonplace in dealership waiting rooms, even though they are the most frequently used amenities when available and lead to higher satisfaction scores when offered, according to the J.D. Power 2016 Mexico Customer Service Index (CSI) Study,SM released today.

The Mexico CSI Study, now in its second year, is a comprehensive analysis of service experiences among owners of 1- to 3-year-old vehicles. The study explores customer satisfaction with their servicing dealer by examining five measures (listed in order of importance): service quality (25%); service initiation (24%); service advisor (20%); vehicle pick-up (16%); and service facility (16%). Satisfaction is calculated on a 1,000-point scale.

The study finds that while only 30% of dealers offer wireless internet access, it’s the second-most frequently used amenity by customers when available, following complimentary snacks and beverages. Overall satisfaction among customers who were offered free Wi-Fi is 70 points higher than among those who were not offered this amenity. While computers with internet access are among the least offered amenities at 17%, overall satisfaction is 77 points higher when they are offered. By contrast, among traditional amenities offered, complimentary snacks and beverages generate only a 45-point increase in satisfaction and newspapers and magazines lift satisfaction by just 34 points.

“We see in other countries where we conduct the CSI Study that the digital amenities offered in Mexico are low in comparison,” said Gerardo Gomez, senior director and country manager at J.D. Power de México. “Customers often wait at dealerships for long periods while their vehicle is being serviced, which provides dealers a big opportunity to make a positive impression. It’s critical to understand exactly what customers want and expect and to make sure perks like digital amenities are working properly. ”

Toyota ranks highest in overall satisfaction among non-premium brands, with a score of 857. Toyota is followed by Nissan (850); Jeep and Mitsubishi in a tie (844); and Honda and Mazda in a tie (843).

The 2016 Mexico Customer Service Index Study is based on the evaluations of more than 5,907 interviews with new-vehicle owners in Mexico approximately 12 to 36 months after purchase. The study was fielded from March through July 2016. 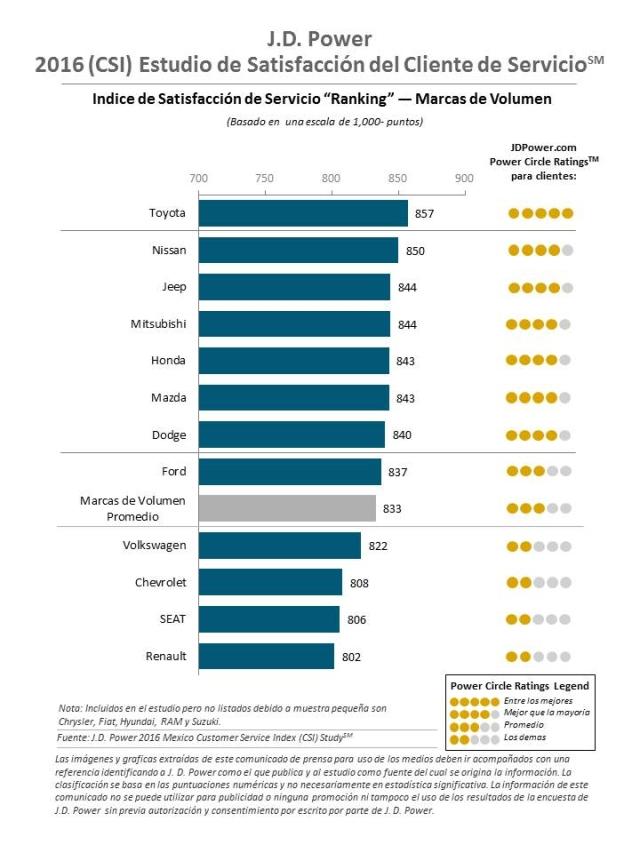 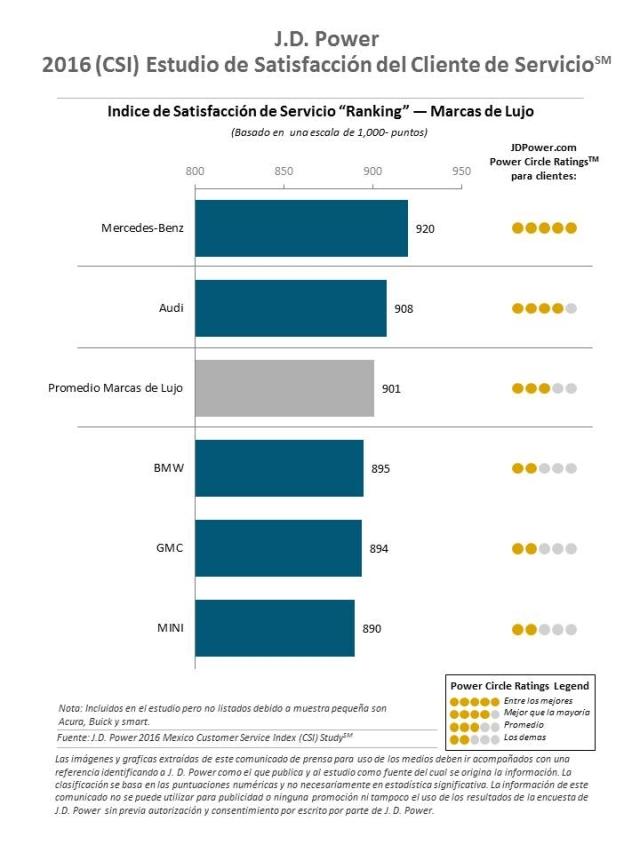 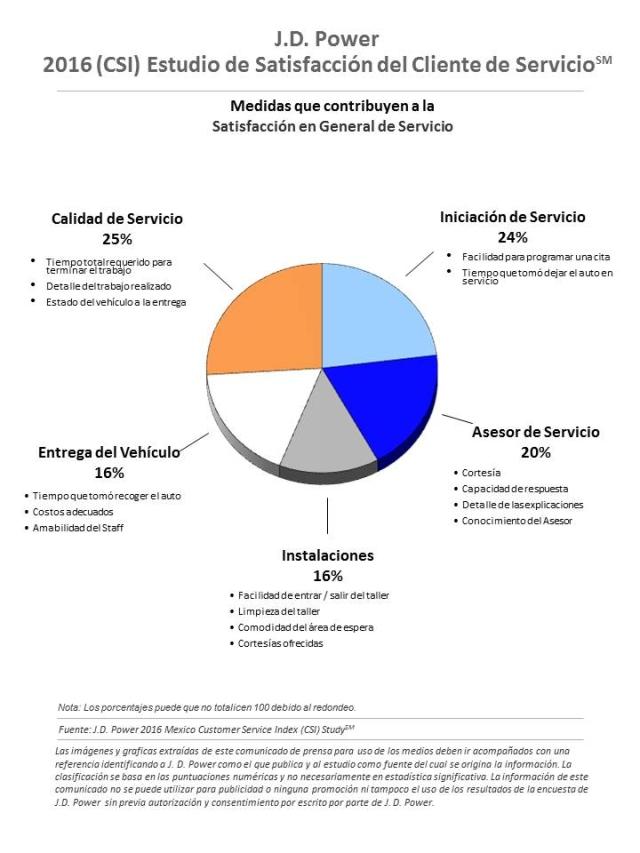