Technology Not a Problem for Vehicle Owners

The study measures problems experienced during the past 12 months by original owners of vehicles in Mexico after approximately 12-36 months of ownership. The study examines 177 problem symptoms across eight categories: engine and transmission; vehicle exterior; driving experience; features/controls/displays; audio/communication/entertainment/navigation (ACEN); seats; heating, ventilation and cooling (HVAC); and vehicle interior. Overall dependability is determined by the number of problems experienced per 100 vehicles (PP100), with a lower score reflecting higher quality.

Air conditioning doesn’t reach or maintain the desired temperature (3.7 PP100) is among the top five most frequently reported problems in Mexico and also among the problems owners report as most severe. Technology, specifically in the ACEN category such as Bluetooth connectivity, is not among the 10 most common or most severe problems.

“Unlike other countries where technology-related problems are common, surprisingly in Mexico technology doesn’t make the most common problems,” said Gerardo Gomez, director and country manager at J.D. Power de México. “Technology is prevalent in vehicles here, but it’s likely that owners are satisfied just to have the technology in their vehicle, so they don’t say anything even if they have a problem with it.”

SEAT has two models (Toledo and Leon) that receive segment awards. Nissan (March) and Toyota (RAV4) each receive one award.

The 2015 Mexico Vehicle Dependability Study (VDS) is based on the evaluations of more than 7,000 interviews with owners in Mexico who purchased their vehicle from March 2012 through October 2014. The study was fielded from June through September 2015. 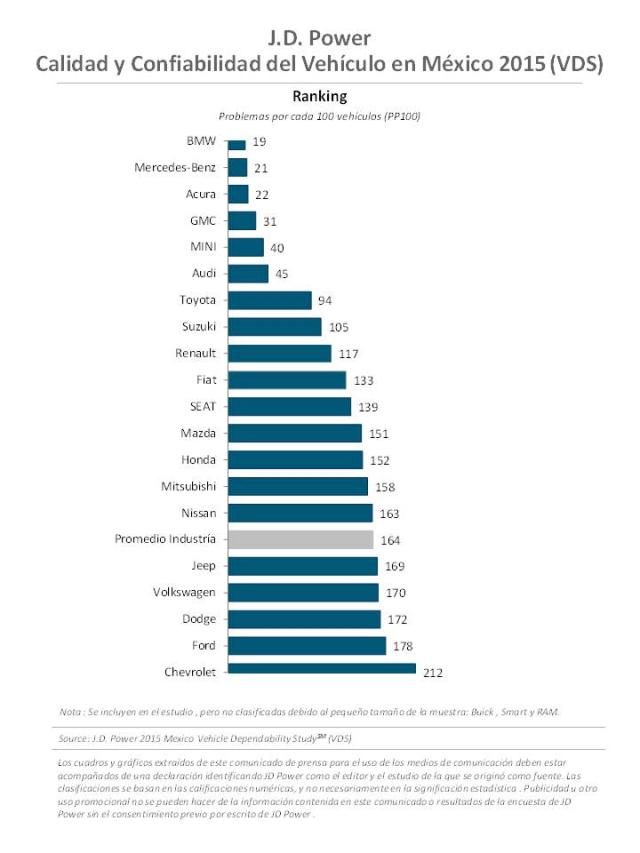 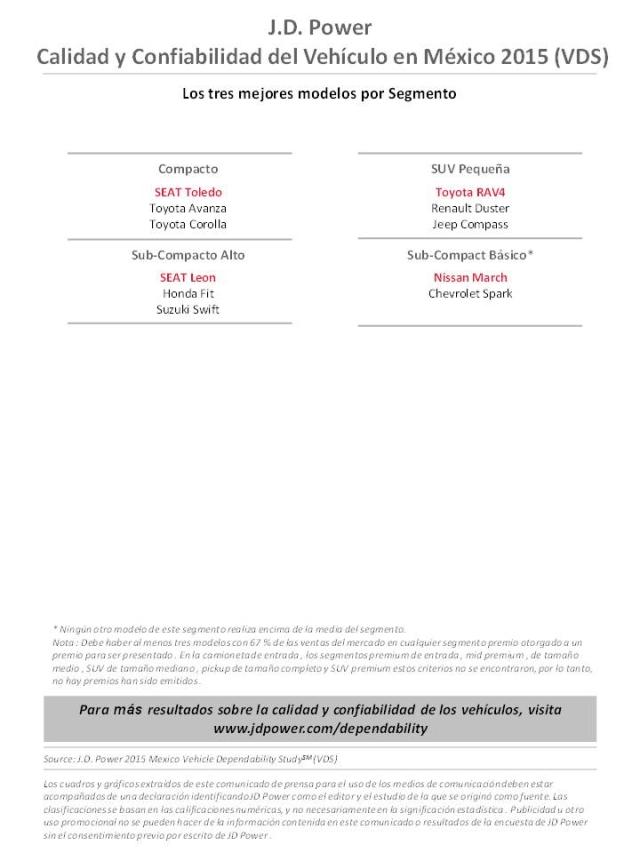