Satisfying Service Experience Drives Customers Back to the Dealership

The CSI Study is a comprehensive analysis of the vehicle service experience and is conducted by J.D. Power in 16 countries worldwide. This is the inaugural edition in Mexico, which replaces the J.D. Power Mexico Vehicle Ownership Satisfaction StudySM (VOSS), providing a deeper and more detailed after-sales solution for automakers and dealerships.

“Providing a consistently positive customer experience is possible when the brand and the dealership make it a priority and have the people and processes in place,” said Gerardo Gomez, director and country manager at J.D. Power de México. “Brands and dealerships that are able to satisfy their service customers likely will see an increase in revenue and will be able to build customer loyalty not only for their service department, but also in sales.”

The service advisor plays a critical role in customer satisfaction. For example, 72 percent of customers indicate their service advisor recommended additional work. Satisfaction among the 30 percent of those customers who had the work done jumped to 820. Even among the 42 percent who received the recommendation but did not have the work done, satisfaction is 784, higher than the 773 among customers whose advisor did not recommend additional work. Additionally, owners who had the work done spent an average of  MXN 730 more per visit than owners who did not receive a recommendation.

“Even if they elect not to have the work done, vehicle owners appreciate the advice they receive from their advisor,” said Gomez.

The 2015 Mexico Customer Service Index (CSI) Study is based on the evaluations of more than 4,900 interviews with new-vehicle owners in Mexico approximately 12 to 36 months after purchase. The study was fielded from June through September 2015. 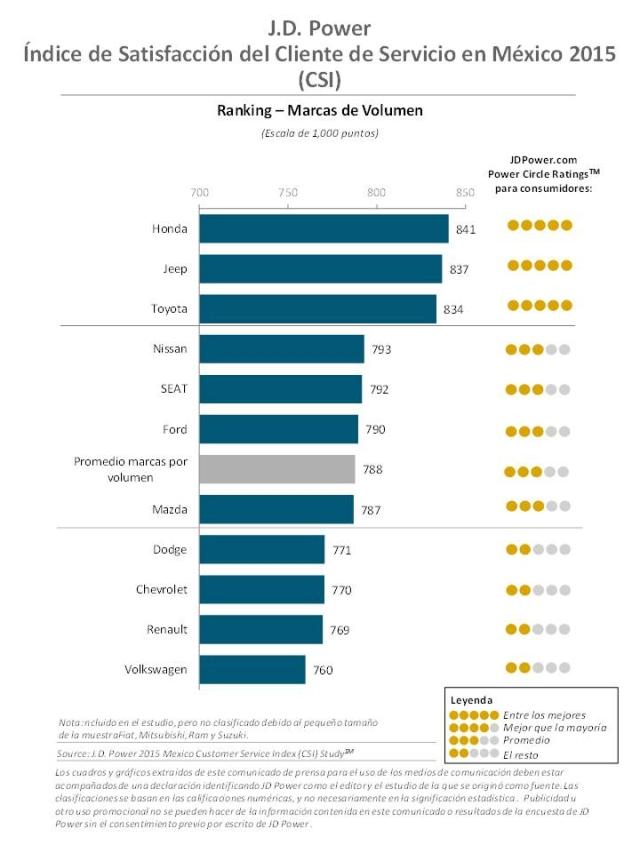 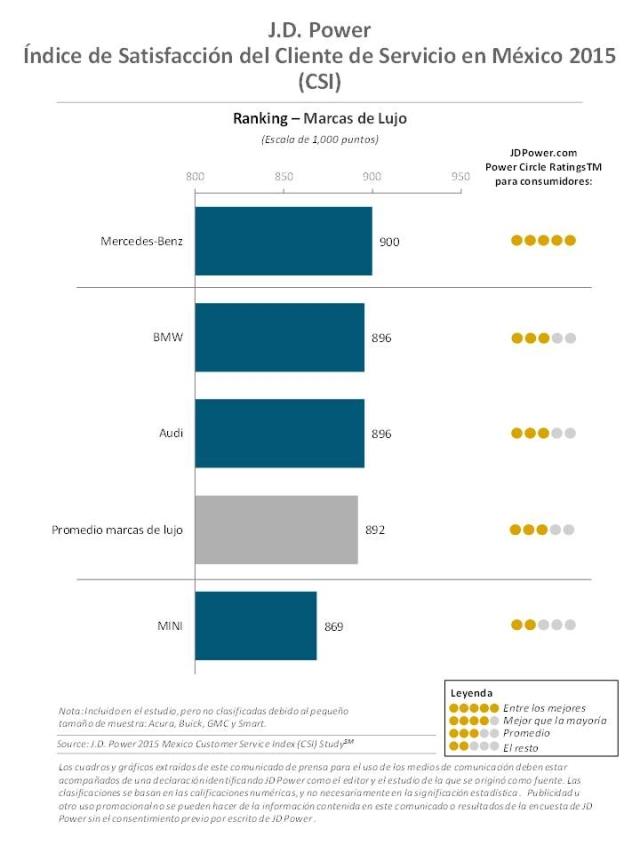 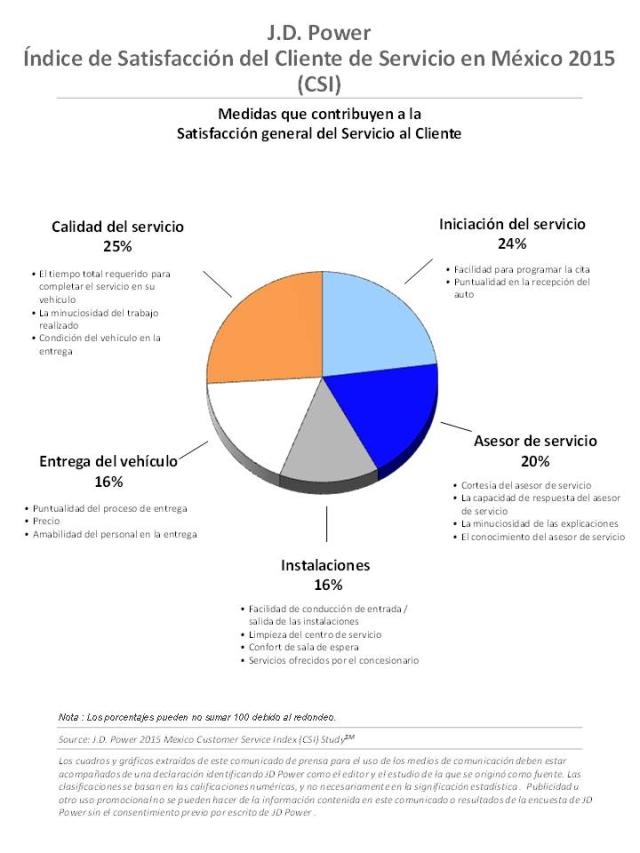