Engine and Transmission Problems among Most Severe; Yet Few Owners Have Them Serviced by a Dealer

The study measures problems experienced during the past 12 months by original owners of vehicles in Mexico after 12-36 months of ownership. The study examines 177 problem symptoms across eight categories: engine and transmission; vehicle exterior; driving experience; features/controls/

Dependability and reliability are critical in today’s automotive market. For example, among owners who do not experience any problems with their vehicle, 67% say they “definitely will” repurchase the same brand again and 73% say they “definitely will” recommend the brand to family and friends. Among owners who experience just one problem with their vehicle, intended loyalty drops to 59% and intended advocacy drops to 70%. Less than half of owners who experience three or more problems with their vehicle intend to buy the same brand again and less than 61% intend to recommend the brand to others.

“Reliability affects consumer confidence, and has a direct effect on purchase decisions and brand loyalty,” said Gerardo Gomez, director and country manager at J.D. Power de México. “And all of those have financial ramifications for automakers.”

“Severe problems have a negative impact on the customer experience, but if they don’t take the vehicle to the dealership, the dealer doesn’t have a chance to fix the problem and perhaps improve the owner’s perceptions of the vehicle’s dependability,” said Gomez. “By reaching out to customers on a regular basis, asking them about their ownership experience and encourage them to bring their car to the service department when they experience a problem, dealers have an opportunity to build customer trust and loyalty.”

Other key findings of the study include:

The 2016 Mexico Vehicle Dependability Study (VDS) is based on the evaluations of 9,400 interviews with owners in Mexico who purchased their vehicle from March 2013 through June 2015. The study was fielded from March through July 2016. 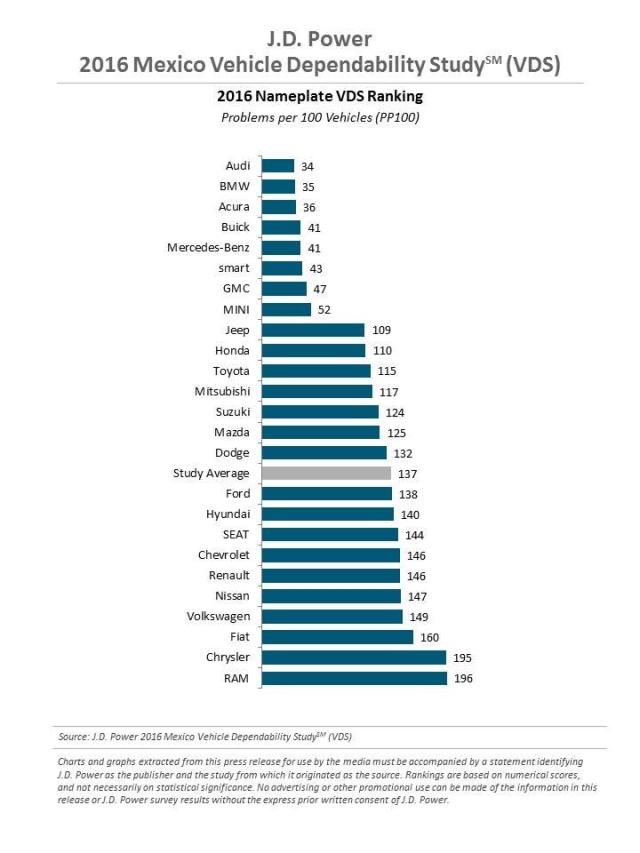 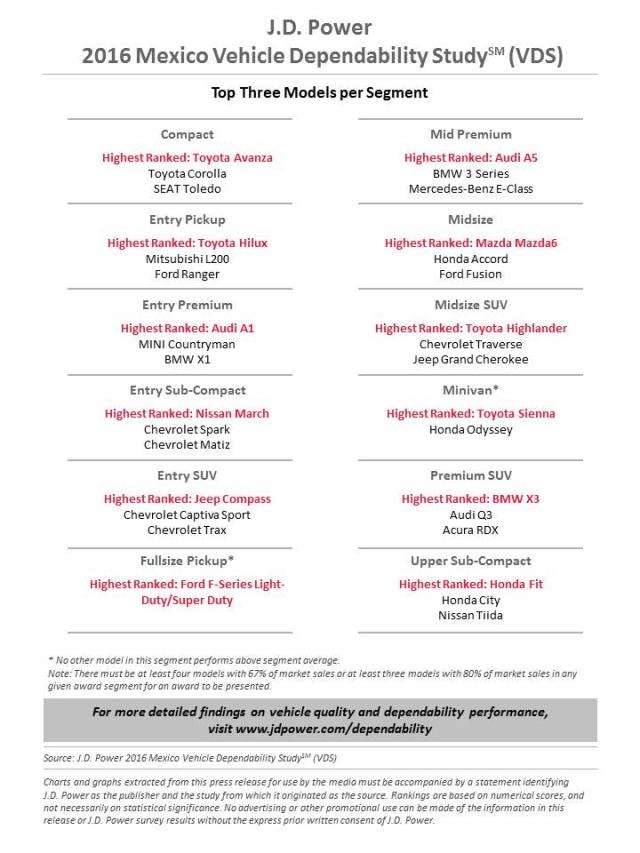